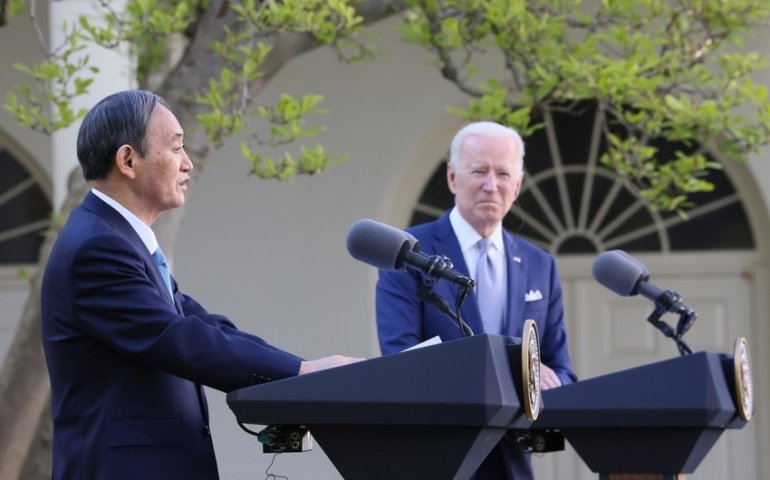 US President Joe Biden commended Japanese Prime Minister Yoshihide Suga on the "successful" hosting of the Tokyo Olympics during phone talks on Aug.

10 and expressed his support for the Paralympics, which will start later in the month, Report informs referring to Kyodo News.

"Biden applauded the performance of all the athletes and highlighted the success of Japanese and US Olympians," the White House said in a statement.

"The president also affirmed his continuing support for Japan's hosting of the Paralympics, while noting the public health measures taken so that Olympic athletes could compete in the best traditions of the Olympic spirit," it said.

The Japanese capital is preparing to now host the Paralympics from Aug. 24 to Sept. 5.

Suga told reporters after their phone talks that he and Biden also affirmed cooperation to further advance a "free and open" Indo-Pacific amid China's growing assertiveness in the region.