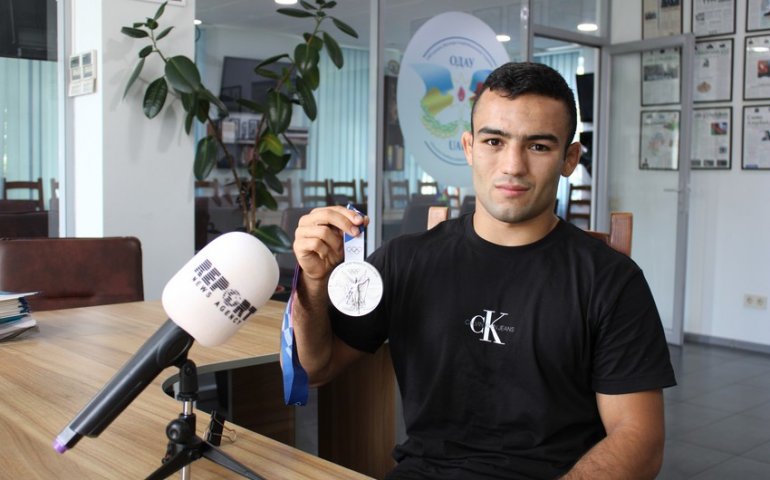 - Parviz, you have won a license for the Tokyo-2020 Olympic Games by beating Azerbaijani wrestler Rasul Junaev.

Did you expect to become one of the ambitious wrestlers of the Olympic Games after you defeated such a rival? Did you expect a higher result than that achieved or on the contrary?

- After I defeated Rasul Junaev, I became confident that if I could win over an Olympic bronze-winner, it means that I can achieve a serious result in the Olympic games. The mat and the rival are the main things for me. It doesn’t matter whether it is an influential athlete or not… As for the Olympic Games, I was striving directly for gold. Because I have been working for many years and I was sure I would have it. But it seems that it was my destiny to get silver. I agree with that, and with God’s help, my next goal will be a gold medal at the 2024 Paris Olympic Games.

- When did you start your sporting career?

- For the first time, I started doing sports at the age of six, in the Muganli village of the Agstafa district where I was born. I started doing sports thanks to the stimulus given by my family. A year later, we, with the family, moved to Ukraine, and I continued my activity. I was at the boarding schools for athletes in Mariupol and Donetsk. I became the Ukrainian champion, the bronze-winner of the European championships and the silver-winner of the world championships… I worked hard. While my peers were living their life, I was constantly wrestling and training. Sometimes, I didn’t see my family for months. Therefore, today I am the holder of one of the world’s most popular medals. - Previously, we have never seen you at the events of the Azerbaijani Diaspora in Ukraine. Do you plan to attend such events in the future?

- Certainly, I would love to. We live in Ukraine, and I always wanted to keep the name of our homeland Azerbaijan high here. Not only me but there are also other professional Azerbaijani athletes here whose activity in the diaspora is essential. Because I have always seen the support of our diaspora, and I always wanted to be next to our elders. Chairman of the Kyiv Azerbaijanis Congress, chairman of the Ukrainian Azerbaijanis Rada, master of sports Oleg Krapivin always supported me in the material and moral sense. At the last licensing competitions, he also helped me. Oleg Andreevich extends support to several Azerbaijani athletes here.

- Are there many Azerbaijanis who succeeded in Ukraine?

- Related to sports, I can say that there is some potential, though not so high. We can give stimulus to them. I believe that they will achieve success if they want because they have good chances here. 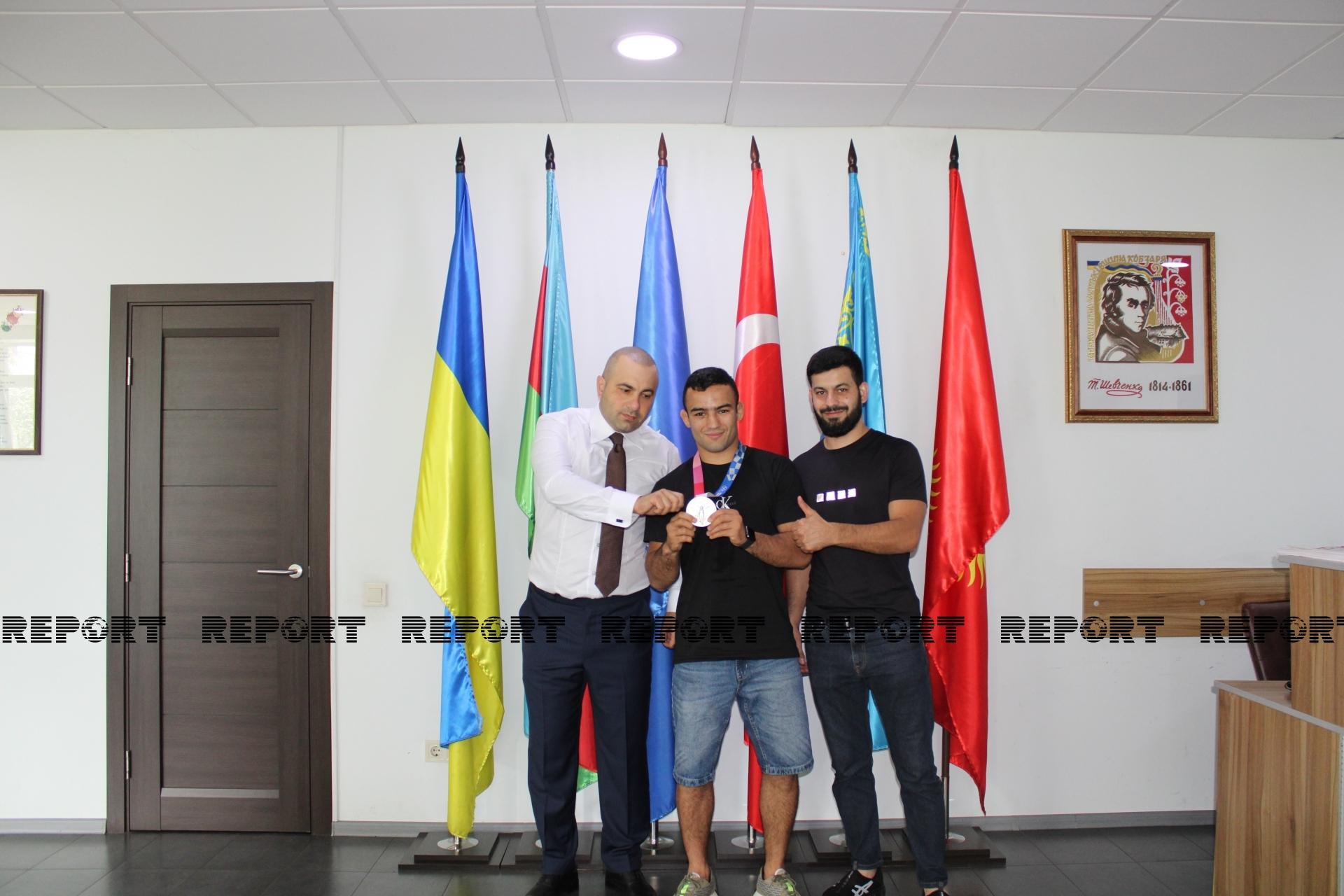 - You are already quite famous in Ukraine. World-famous people usually work to promote their homeland while fulfilling their missions…

- I do not forget Azerbaijan at any stage of my athletic path. Naturally, it is crucial to promote the realities of Azerbaijan at any stage. I want to strengthen the patriotic feelings among our compatriots living in Ukraine. There is strength in unity. We have intelligent and robust young people here. I would also like to stress one more thing. There are young Azerbaijanis here who have potential in different athletic fields. They either do not know what they should do to show themselves, or they have some hesitations. I think that if they appeal to the master of sport Oleg Krapivin through me, he, as a famous figure in sports, would guide them in the right direction. - Your family said that, two years ago, you received an invitation from Azerbaijan. Why did you decline the offer? If you receive one more offer, what would be your answer?

- I love Azerbaijan because it is my homeland. I have received not one but several offers. However, I have formed as a wrestler in Ukraine. Here, I am satisfied with everything. I cannot leave my fans here, who love me very much. Frankly, I find it difficult to answer fully to your last question. But I don’t want to leave Ukraine. Therefore, currently, I do not think about accepting any offer from Azerbaijan.

- Last year, Azerbaijan put an end to 30 years of Armenian occupation and liberated its lands. What sentiments were reigning among young Azerbaijani people at that time here? Did you encounter any bad attitude from Armenians living here?

- We were full of confidence. This victory inspired us. But, as they say, sport is not politics. My business here was to train. I did not face any bad attitude here. We are happy that the war ended and our lands were liberated. May our martyrs who sacrificed their lives for Homeland rest in peace!