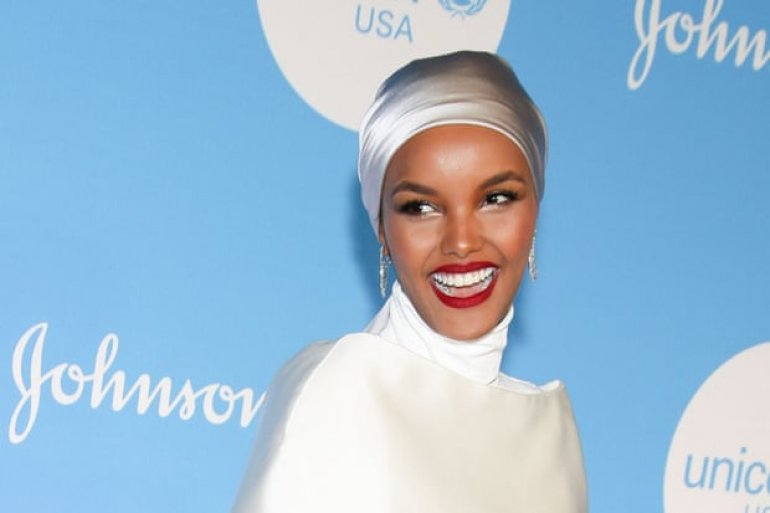 Halima Aden, the Muslim model who became a trailblazer for wearing her hijab on the catwalk and in photoshoots, has hit out at the fashion industry and its exploitation of young models.

Aden quit the industry in November 2020, citing compromised beliefs and feeling like a “minority within a minority”.

In a new interview for the BBC World Service with Tommy Hilfiger, Aden says that towards the end of her modelling career she felt she had lost control of her identity. “The last two years, I trusted the team on set to do my hijab and that’s when I ran into problems,” she says, “like jeans being placed on my head in place of a regular scarf. The way they styled it, I was so far removed from my own image. My hijab kept shrinking and got smaller and smaller with each shoot.”

In 2016, Aden was the first fully covered Muslim contestant to compete in the Miss Minnesota USA contest. She later signed with IMG Models.

“When I started I thought: ‘This is going to open the door for so many girls in my community,’” she says. “I never got to flip through a magazine and see someone in a hijab, so to be that person for other girls was a dream come true. But the last two years [of my career], I had so much internal conflict.” 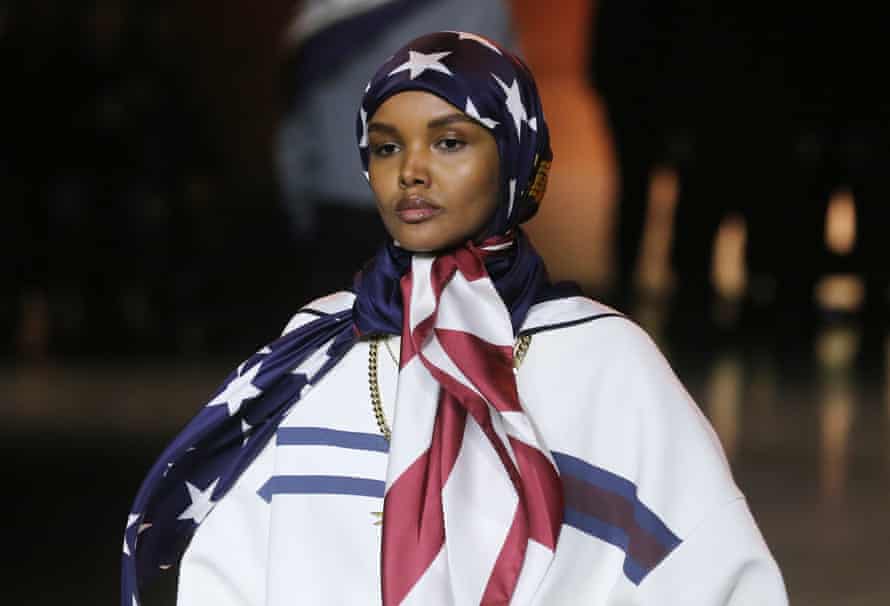 Halima Aden on the catwalk during the Tommy Hilfiger show at London fashion week in 2020. Photograph: Isabel Infantes/PA

One initial clause of her modelling contract was a guarantee that she would have a blocked-out box to change in. But as time went on this caused problems, she says. “I was on a shoot with another Muslim model and I was given a box to change in and she wasn’t. It didn’t sit well with me,” she says.

Reacting to stories of other models being exploited on set, Aden says in the interview that people in the industry think the models are “easy to exploit. Fashion can be an industry that is very exploitative.” Speaking out about the mistreatment of the hair and makeup of models of colour on the sets of fashion shoots, Aden says: “There needs to be diversity in the makeup crew, hair (and) stylists. It’s not just about having a diverse catwalk. It’s also about the people behind the scenes.” 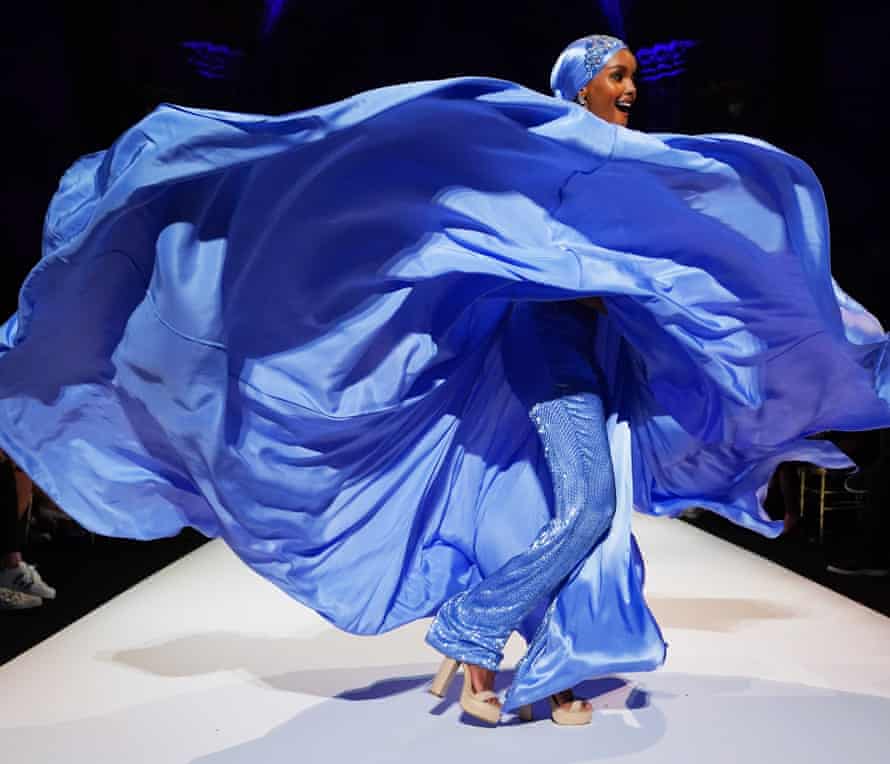 In 2019, Aden made history by becoming the first model to wear a burkini, designed by Tommy Hilfiger, in Sports Illustrated magazine.

“It was such an amazing experience when you consider the history of [the burkini],” she says. “We have people banning it on public beaches. We made quite the statement for it to be featured in Sports Illustrated. We pushed the needle.” Despite it making a statement, she said that the experience wasn’t all positive.

“I felt like it was a thin line I had to walk,” she says. “I’d be upsetting members of the Muslim community. [I would hear] comments like, ‘This burkini is way too form fitting’ and ‘Why would you shoot for a publication [like that]?’ It felt like I was constantly trying to appease my Muslim fans but also keeping it very fashionable. Because young fans were messaging me saying: ‘We want to see you in new looks; we want to see your scarf [tied] differently.’”

Aden says that by leaving the industry she hopes she has inspired younger models. “If I’ve done anything I’ve given models the opportunity to speak up,” she says. “I felt great pressure being the first hijab-wearing Muslim model in the industry and I felt a sense of responsibility to the girls coming after me.”

BBC 100 Women will air on the BBC News channel and BBC World News on 24 July.

… we have a small favour to ask. Millions are turning to the Guardian for open, independent, quality news every day, and readers in 180 countries around the world now support us financially.

We believe everyone deserves access to information that’s grounded in science and truth, and analysis rooted in authority and integrity. That’s why we made a different choice: to keep our reporting open for all readers, regardless of where they live or what they can afford to pay. This means more people can be better informed, united, and inspired to take meaningful action.

In these perilous times, a truth-seeking global news organisation like the Guardian is essential. We have no shareholders or billionaire owner, meaning our journalism is free from commercial and political influence – this makes us different. When it’s never been more important, our independence allows us to fearlessly investigate, challenge and expose those in power. Support the Guardian from as little as $1 – it only takes a minute. If you can, please consider supporting us with a regular amount each month. Thank you.